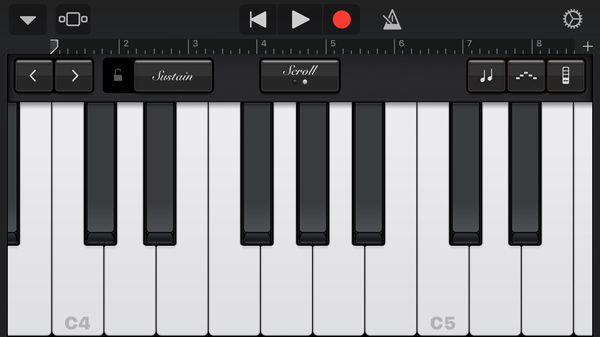 I once submitted an application to stay in a tree house in Scotland to be alone and do art. I didn’t get chosen. I told them I was related to a king of Scotland. I am sure they laughed. I didn’t mention that I did stand up or now play the piano. What I don’t mention is that I play the piano and it’s funny. My neighbors are restless. They cannot tell where the music is coming from. I pretend I am alone in the forest. The speakers are on the balcony, above the pool. It’s New Years. My sliding glass door is open. If I could write what it sounds like, I would. Did-e-ling-ling-ling-ling-ling or something like that. I sent my music (248 songs) to Michael Tilson Thomas’s agent, who by-the-way lives in London. It cost me $84 and that’s not including the flash drive. Now, who is going to put a flash drive from a stranger in their computer? I also sent a flash drive to the Director of the Sacramento Symphony. I did that because my mother took me to the symphony as a child, an extremely young child. The kind of child you wonder about when you are in a fancy restaurant. “When will this child start screaming?” you ask yourself. Well, I didn’t scream. I was stupefied. Red velvet, my mother, the runway model, descendent of Mary McCall, apparently cousin of Robert the Bruce, but you’d never know. The lineage is on a website with a black background. Have you ever read a webpage with a black background? The white font, which blinds you, is like seven. So forget that. I can’t tell the Kinlosses from the Kincardines at this rate, besides I am doing laundry and I don’t even have the heat on in the apartment. I know what you are thinking: “What does this have to do with anything?” Well, I am cold. And who can think when they are cold? Well, anyway, back to the story.

I submitted an application to stay in the woods and make art. It obviously didn’t happen or why else would I be here telling you this? Instead, I picked up the piano (well, the iPhone, which has a piano) and I was playing in a restaurant. Believe it or not, the restaurant is called “Small Wonder” during lunches and they were paying me in food and drink, which I never asked for, except once, because frankly, I couldn’t believe it. I was getting paid for playing music in a restaurant? How does that happen? I went from making phone calls and knowing nothing about music to playing stuff that actually “sounds good” to a music teacher, but “has no melodies,” he said, which of course is silly. I looked up “melody,” and it says: “A sweet or agreeable succession or arrangement of sounds,” that to me seems to define “Sounds nice,” but what do I know?

OK, let’s get down to what really happened tonight. I was coming home from my sister’s. We had Chinese food. It’s New Year’s. We talked about my mother. God Rest Her Soul. She was a hoarder. She had Alzheimer’s and I couldn’t save her because it would have meant that I stopped living for myself because she needed that much time. I remember being worried if she got enough food, which of course she must, since she lived in an independent living arrangement, where they fed her three meals a day, but for some reason, when I saw her refrigerator, which was littered with various exposed foods, even hamburger, which I knew she simply took from the package, applied salt and pepper and ate. She did that when we lived in Honolulu in a hotel, where there were roaches running around and the refrigerator wasn’t cold enough nor completely sealed.

We talked about my mother and my sister said, as she always does, that our mother was fine. But, I am deeply saddened knowing that she never continued with what she started out being, which was a runway model and a commercial artist.

Tonight, as I was driving back, I saw a man with a blanket wrapped around his head pushing himself down the sidewalk. It was 33F degrees. I went past him and thought: “I am not going to let a man in a wheelchair freeze to death,” so I circled back and parked next to him and asked him through the open window: “Do you need anything?” And he said, “Yes, I could use some water.”

I told him to meet me at the gas station, which was up the street a bit to where he seemed to be heading and I would get it for him. He never made it that far. I gave him the water and asked him again if he needed anything…“How about a warm jacket?” To which he replied, “Well, yes. I could use that. I’ve got this old one on,” which I didn’t notice since the blanket was covering him.

“How about a sleeping bag?” I added.

“OK,” I gave him the water and said: “I will get those for you and meet you back here.”

It took me a while, but I went to Target and bought him a down jacket, nice faux fur hat that would cover his ears, thick gloves, thick socks, sandwiches, juices, fruit, and the sleeping bag, 25F degree ranked. I hooked those things onto the back of his wheel chair. He had been going up a slight hill pushing himself, facing backwards when I found him the second time near the intersection across the street from the train. One shoe was nearly off. He smelled. I tucked his blanket down his back because it was getting caught in the wheel. He thanked me, seemed excited. I didn’t know what else to do. None of this was funny. I wasn’t alone in the woods. I didn’t joke about playing the piano and getting paid in food and drink. I had a house to go home to. I have complained about work. The heater is on. I am remodeling my condo. Can you imagine being him? Can you imagine being me or even yourself? What are we doing with our lives? I read yesterday that Heidegger said Caring is the fundamental disposition of Da-Sein, which is Being-in-the-world.

I wanted to talk about The New Year in terms of Heidegger. He said, “What always is is what is constantly here.” Happy New Year!