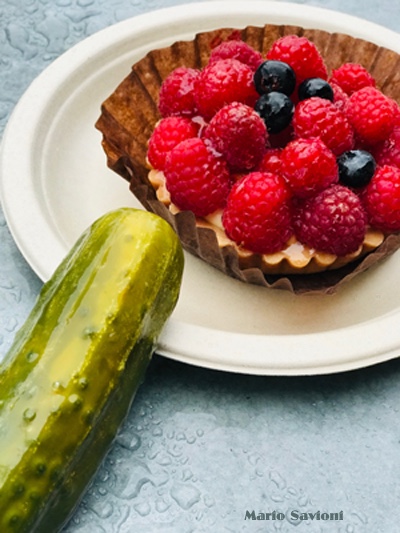 Frank responded to her: “I assume this is an answer to the questions about what you tell your boyfriend, mother, father, and friends. I read an article yesterday about how a man making time on the Internet was trying to pick up an underage girl and the police were contacted. He said something lewd and he was drawn in and arrested. Any parent or boyfriend wouldn’t want their loved one predated. I question my own motives, thinking of Wilhelm Stekel’s Sexual Aberrations: ‘He is a Don Juan without having to commit sin. The female appears to him devoid of any fascination because the seductive qualities have been violently passed on to a smaller object, the rose. It is no sin to kiss roses. Nor can the rose put his potency to the test.’”

Frank had been touched by her response. It made him warm inside and hopeful. Maybe Nicole was interested in the sexual play that he was inclined to want and she seemed so aware, playful, sarcastic, and therefore it reminded him of the fact that IQ was present early and awareness of ulterior motives could be felt and understood certainly by nineteen, which is what Nicole was, but now he saw another side of her. She was even brighter than he imagined and she was clearly in control.

“You would tell the family and your boyfriend to eat pickles and tarts,” Frank said. “Intelligence is apparent very early. If you are as you say you are (nineteen), then your brain is where it will be. This does not explain your motivations, your intent, your experience. I told an editor-friend about you and he drew his hands in the air comparing maturation levels. He assumes we’ll have nothing to talk about. We live in different worlds. I agree with him in the sense your intentions are not mine. This is just a game for you: The batting about of an indefensible mouse by a cat. For me, it is the churning of emotions and desires, hopes and dreams, and perhaps a death march. ‘In the very middle of the court was a table, with a large dish of tarts upon it: they looked so good, that it made Alice quite hungry to look at them — “I wish they’d get the trial done,” she thought, “and hand round the refreshments!” There seemed to be no chance of this, so she began looking at everything about her, to pass away the time.’”

“When my friend spread his hands,” Frank said, “I wanted to hug him. I exploded with compliments. It reminded me of why we were friends. He is brilliant, nonjudgmental, and so many other people I have known are negative and whiny. I knew the lack of commonality would be a problem. What would we talk about except the truth, which would be both linguistic and visceral? Any relationship is about the truth whether expressed openly or condemned to silent, nonverbal remarks. I refused to be miserable in this. I would tell her everything and I had hoped she would do the same. Why else would two people be so engaged?”

The question remained, Frank thought, why was she in on this? Was it an experiment? Was I a potential sugar daddy? Was she real, was she interested in what I had to say? Was she just interested in this man, who clearly was interested in someone much younger, at least on paper?”

The conversation would go on, it seemed, just as they all had until the truth was known. Her lines were so short as to be without the trace of gender or investment, that soon enough if she didn’t bite, he would cut it and that would be the story. After all, the reader wants the truth. Yet they might also hope that this led to something.

Nicole was quiet on the other end. He could only imagine what she must be doing or thinking.