“I forgot our anniversary,” the man said to his visibly angered wife, “because I am a busy man” and he left the dinner table at the restaurant and walked off. They had been bickering and he simply got up to leave and said goodbye after paying the check and dropping his napkin. She was on the phone for a while to someone else. She eventually left. The whole room could tell they were fighting.

Just yesterday, he wrote back to a woman who he had quickly made love. First date, she said to him: “Do you want to make love now or later?”

He said to her wanting to be perceived as a gentleman: “Next time,” and they waited a few days.

The point he was making is that by the third date, which was two nights at her house, her being exhausted from travel, the day before she went to see her step-sister, whom she seldom saw and her father, who was in recovery from cancer, she had an emotional breakdown in a Left Bank restaurant. Tears came down her face. She had driven to Santa Cruz to Marin and back to Menlo Park. She was hungry. She had just massaged an old man, who fell asleep in her arms, but who mostly just wanted to sing.

Her meltdown, the irrational behavior that came before it, and his inability to relate since he had not gone through those feelings with her, left him empty. He was unfeeling and at a point he told her about another occurrence that he simply could not relate to of his friend’s mother’s death because he had lost his father when he was ten.

“Good for the bastard,” he said, “maybe it would treat him to be less of a bully.”

But, of course, that was the worst thing he could have said. He even asked and got to see her mother.

In the meantime, and almost the point of this, he thought, was that she sang and played the guitar for him and used his poems/words from his books to write songs, leading him to draft a collaborative contract if she wanted to do an album.

That is the point, he said. Even though she told him he was amazing, she probably couldn’t trust him, nor did she feel like it was worth it. All she wanted was to keep her distance. He demonstrated a lack of empathy. The point, he thought was how and why you don’t sleep with the people you work with because things get complicated. A line crossed and everything seemed to say “No. I would rather not.” Things come out of nowhere and all you want to do is stay away.

That’s what happens when you break up. You say to yourself, “It is just not worth it.” 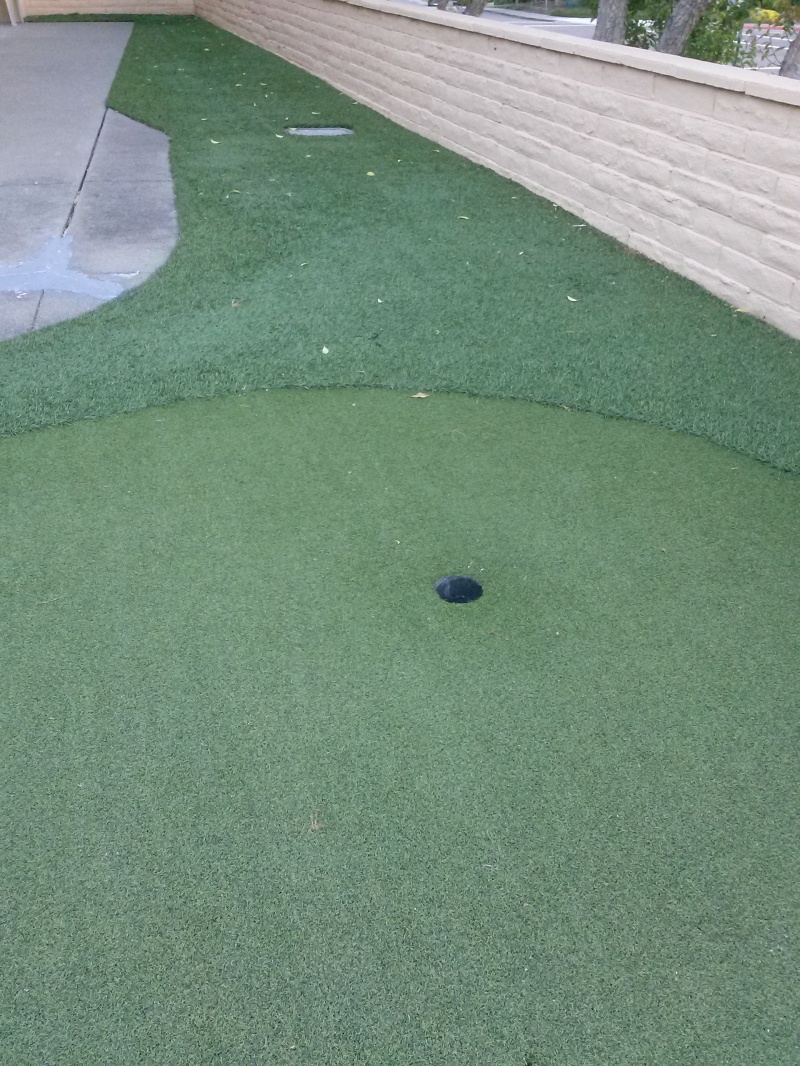 So, I was at my mother’s skilled nursing facility and I wondered why they would put these cup holders in the grass. I guess you could lie down and enjoy a drink without it spilling, except that it seems like the close-cropped grass wouldn’t cause a spill anyway and that it was after all astroturf and it was outside. I did also think rather insensitively that some of the patients might only be able to lie down and there conveniently was a cup holder. They were far enough apart so that you wouldn’t have people lying on top of each other. My, how thoughtful these places are. 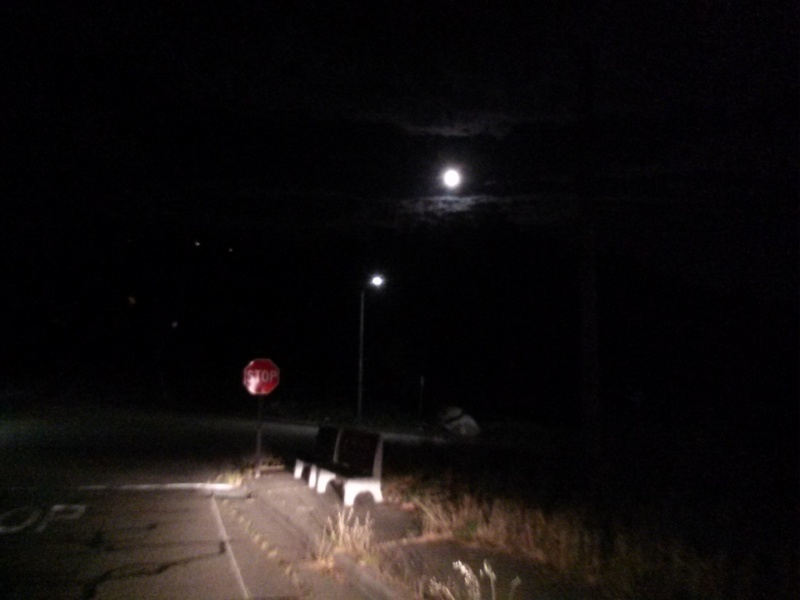 I don’t want to appear as having sour grapes, but there is a disappointment I feel in the loss by the Warriors in Game 7 of the NBA Finals. To me it feels like basketball is a sport, where the biggest man or a man of sufficient weight and girth can push his way up to the hoop and force the ball in. The other team members have a fairly unlikely chance of dissuading him because it would be that one of them would touch LeBron James’ hand or arm, etc., and foul him. The chances are very good, that he couldn’t be stopped. On the other hand, a man, who can shoot many three-point shots from a distance is less likely to succeed against the certainty of a such a rush into and shooting in close range.

I was watching Draymond Green’s many successful shots from the three-point zones, but I knew that it was just a matter of time before he missed. It was different than the certainty of James’ method. And even with both scenarios, I saw the game as either brawn, pardon the pun, or currying favor (with the gods, i.e. depending on them), where, for example, Curry was visibly influenced by what he perceived as affronts to his character or responses to his just not making shots that were statistically less likely to be successful. I knew instinctively that brawn always wins over finesse.

Anyway, knowing that it took one one of these stratagems, and certainly not to lessen the contributions of all the other players and the free-throws and the like, but I am just not into it anymore. I see basketball for what it is: Two groups of men running back and forth on a wooden floor and either pressing their bodies into the other players or pulling away for a brief moment to get off a shot.

Missing in light
Growing
Refractions of you
Adding in subtraction
Loss and envy
Evergreen complacency and
Doorbells on the lawn.

A guitar strums
A key is unlocked and
Two voices blow in the breeze. 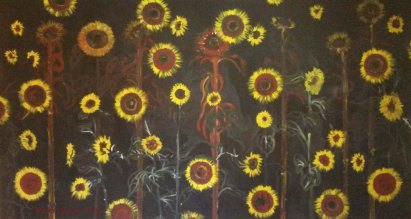 Although the reference could be related to “A drug taken illegally for recreational purposes, especially marijuana or heroin,” “smear or cover with varnish or other thick liquid,” “administer drugs to (a racehorse, greyhound, or athlete) in order to inhibit or enhance sporting performance,” or “very good,” (Taken from:  https://www.google.com/search?q=Grafiti&oq=Grafiti&aqs=chrome..69i57.565j0j4&sourceid=chrome&ie=UTF-8#q=dope+definition) I chose to see such expressions, less the intelligent remarks of Bansky, as those of a stupid person.

While I say this, I understand the need to help people to understand such futile expressions of self. While they are against the law, perhaps luckily there is no attribution. I do know that these individuals are found and these seemingly Anonymous tags are then associable.

I don’t want to end up posting lonely word plays indicative of disenfranchisement. 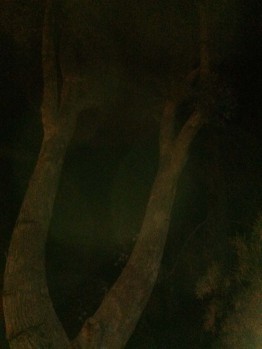 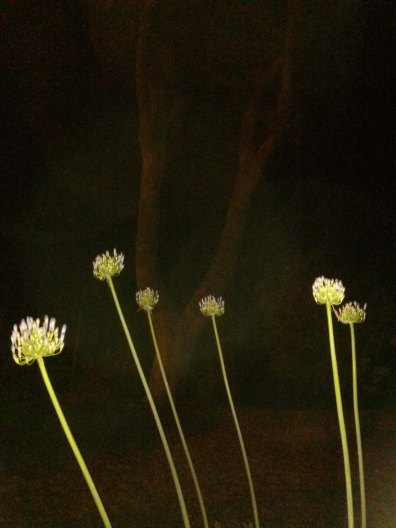 These images were shot at night on June 5, 2016 while at the edge of a golf course in Walnut Creek, CA. Just as I am very much in love with fog, I love the accentuated distance afforded by night. 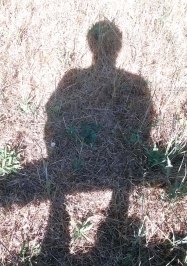 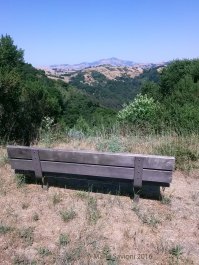 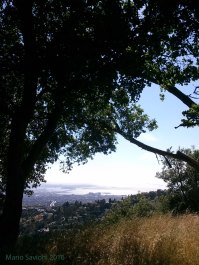 All images, less the bench, were taken along Grizzly Peak Road above Berkeley, CA. The bench is at the top of Skyline Blvd. and Pinehurst Street in the Berkeley Hills, CA. I rode there today, (6.6.16) and continued along Skyline to Grizzly Peak Road to Fish Ranch Road and on HWY 24 on my road bike toward home.

While I was riding my bike toward the usual St. Mary’s destination, I kept thinking to myself about what my friend Tom Lambert had written on his minted coin: “Do hard things.” This was something his friend Hans Florine, speed climber extraordinare, had printed on a bumpersticker.

The thought of climbing even Pinehurst was enough to instill fear in my heart. Riding has always been hard. Prior to the heart attack, it was such an ordeal. I felt very good today, but even so, it was still hard. One person passed me on a stretch going toward Sibley Park and I couldn’t catch him until he seemed to pass me on his return later.